We decided to try something a little different for Christmas this year. Instead of material gifts, we wanted to give the kids the gift of an experience. We also wanted to introduce them to a new culture, as they had never before traveled outside of the US. I specifically hoped their eyes would be opened to all they have to be thankful for here in the great Pacific Northwest. Living in the Seattle area, where the top employers are giants like Amazon, Microsoft, and Boeing, it can be a challenge to keep kids grounded. A phrase like "less fortunate" - in their eyes - can translate to someone who doesn't yet own the latest X Box game...or - worse, yet - some poor soul cursed with parents like us, who refuse to get them a cell phone.

Our trip was incredibly fun, educational, and memorable. We learned about local habitats and wildlife at Xel Ha and Xcaret. Xcaret included a fantastic show that featured Mexican history and culture. We also learned some of the fascinating and inspiring history of the ancient Mayans on a tour of Chichen Itza. There were lessons of the trip that were more...personalized, too. James, for instance, learned that if you come across something that looks like a small, yellow bell pepper while out for a walk, you probably shouldn't pick it and bite into it like you would an apple. It may very well be a golden sun habanero pepper. Another lesson - also learned by James - was that if you swallow a lot of ocean water when you're learning to snorkel, you probably shouldn't get out of the water and immediately gorge yourself on ice cream. It may very well turn into a large, embarrassing mess on the ground...and all over your favorite shirt.

I was thrilled at the number of stimulating and valuable discussions our experiences in Mexico inspired. For instance, the kids wondered about varying living standards around the world (when they saw Mexican houses [or lack thereof] in communities further away from the all-inclusive resorts of Cancun). They also wondered about differences in the policing of various countries (as we saw multiple policemen loaded in pick-up's, with the policemen resembling well-armed military companies on their way into battle). Beyond our valuable lessons learned, however, I feel inclined to thank all who played active roles in our fabulous experience.

A heartfelt thank you to Katy, for spending the holiday week with Hannah here at our home, so the rest of our family could travel. We've tried to travel with Hannah in the past, with disastrous results. With Hannah in Katy's very competent and loving hands, we were able to enjoy our adventure with complete confidence and peace of mind.

Thank you to all the Mexicans in the hospitality industry, like those who provided transportation to and from the airport, the the impeccable resort housekeeping team, the fun resort activities team, the talented resort chefs, and all at Xel Ha, Xcaret, and Chichen Itza who helped to make this such a memorable trip. Not only were you all incredibly professional and personable, but you patiently put up with our hack job on even the most simple phrases in your language...while you spoke and understood our language beautifully.

One of our biggest thank-you's, however, is reserved for a man named Michael. Our trip home included a layover in Dallas. Unfortunately our flight was just a day or two after Dallas had suffered terrible tornadoes. Our flight from Mexico to Dallas was delayed, and our flight from Dallas to Seattle was cancelled. When we asked for a new flight home, we were told there was nothing available until Thursday. This was on a Sunday. We were directed to the customer service desk to see if any sooner flight could be booked. We found the desk...and the line of tired, irritated travelers that spanned on longer than a football field.

We were further disheartened to learn that all local hotels were full to capacity with stranded travelers. We even learned that all the car rentals were gone, rented out to travelers desperate to get to their destinations. Long story short, fate connected us with a businessman named Michael from Washington, D.C. He was in Dallas for an extended business stay. Upon hearing our tale, Michael informed us that his business was putting him up in a beautiful hotel with two bedrooms. The second room was for his family to use when they visited. His family was not with him at this particular time, so he invited us to stay with him. Before this encounter, we assumed we would be sleeping on the airport floor...possibly for as long as four days. Needless to say, we were beyond grateful for his incredibly kind gesture. Miraculously, we were able to fly out of Dallas the following day (involving a another thank you to a nameless telephone airline customer service representative, who went above and beyond to make it happen), and due to Michael's act of kindness, we were able to make it to that flight well-rested and refreshed.

We were in the cab (driven by Michael's regular driver, Rasheed - a fantastic driver with a very kind heart), when James turned to me and said, "Wow, Mom, Michael is being SO kind to us!"  How wonderful that we were able to wrap up our travels with a long discussion about the concept of "pay it forward". So...once again...thank you so much, Michael, and be assured, we will, indeed, be paying your generosity forward. 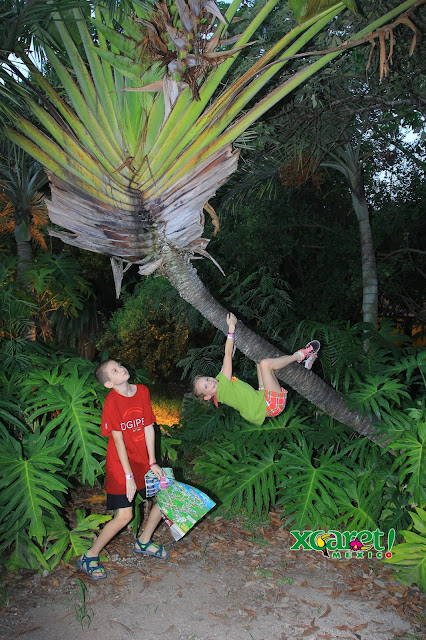 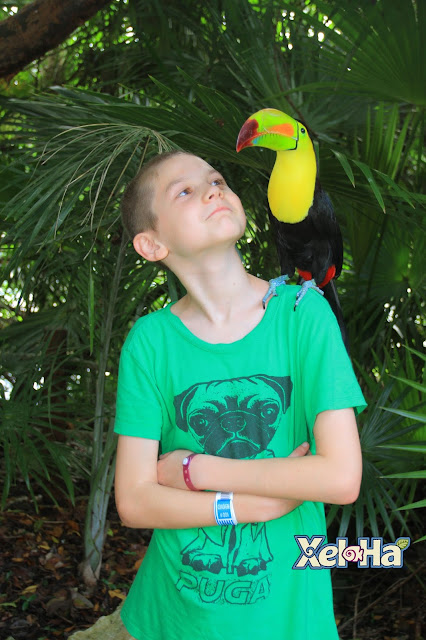 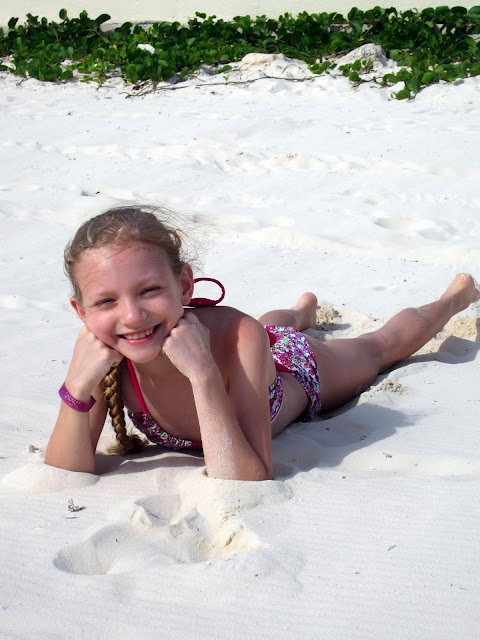 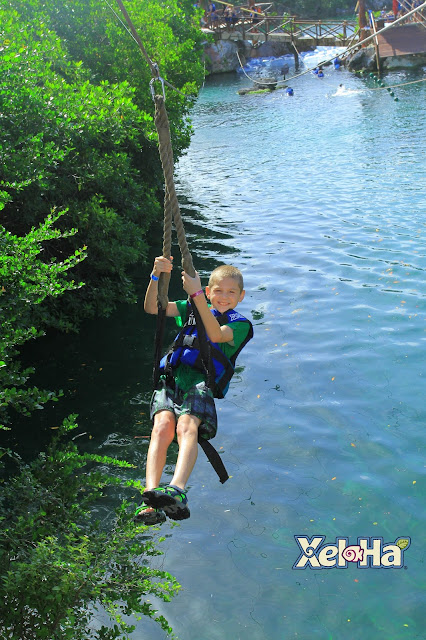 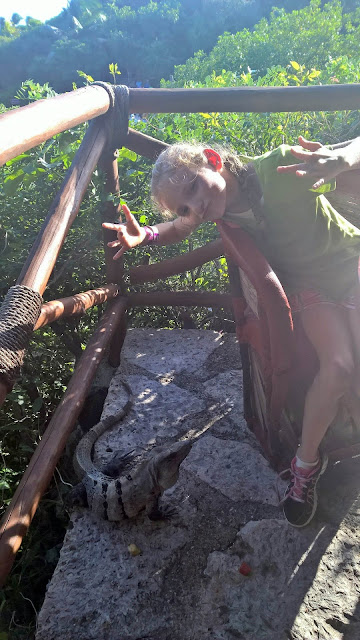 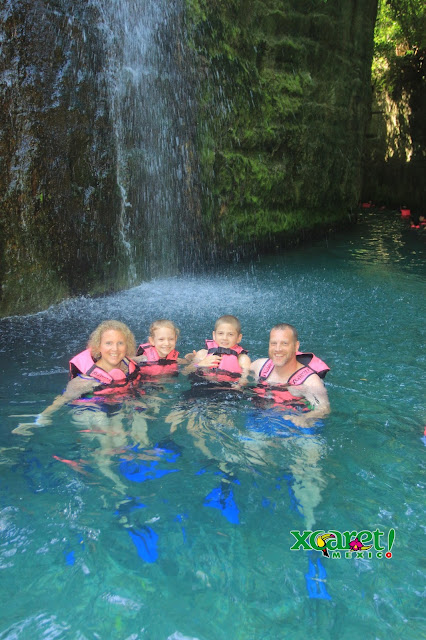 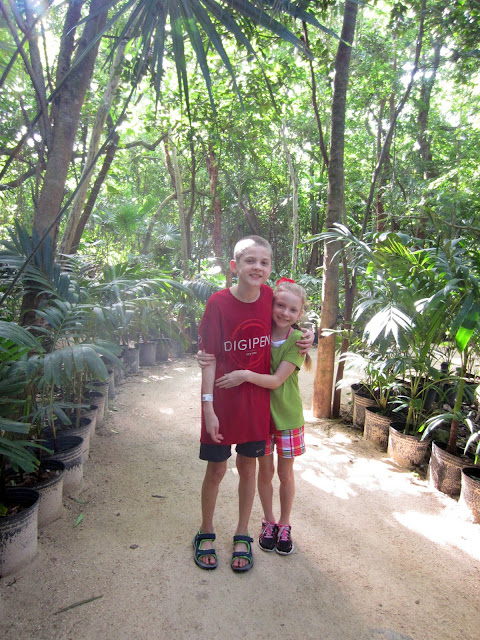 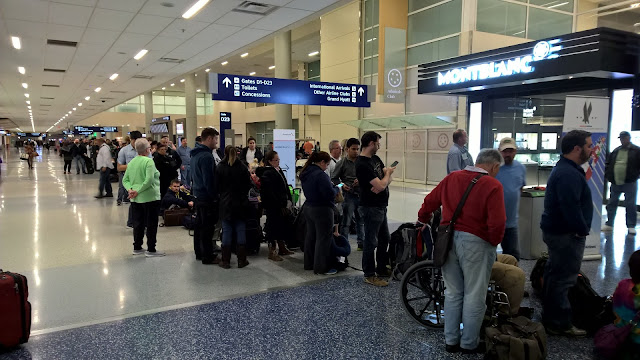 Posted by Stephanie Collins at 6:07 AM 4 comments: