My Second Base Moment

One of my all-time favorite movies is Parenthood, starring Steve Martin. One [of the many] iconic scenes is about a dad's imaginings of the life-altering, long-term consequences of encouraging his son to play second base in a little league game. 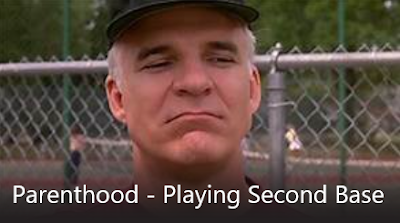 I was reminded of that scene last week. I am helping my 13-year-old son prepare for a hopeful spot on his middle school cross-country team next fall. We discussed the decision at the beginning of the year, and I emphasized the fact that if we were going to do this, we were going to be giving it our best effort and we'd be seeing the project through to the end. He agreed. Absolutely. Well, the first lesson he has learned is that it's pretty easy to say, "I'm committed," but when it comes to getting out onto the road to run two miles three days/week, rain or shine, cold or hot, weekday or weekend - even if his best buddy, Andrew, is staying for a sleepover - it's a lot easier to become the Emperor of Excuse, the King of Complaint, the Wizard of Whine than it is to commit. I've done my best to hold him to his promise, while making every effort to keep this whole process as fun and enjoyable as possible. I sometimes even impress myself with my cheer-leading energy and enthusiasm... although I fear my encouragement - seen through his eyes - may be interpreted a bit differently... 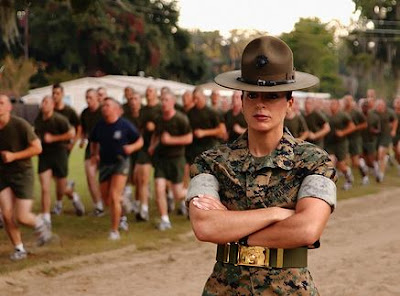 The other day was one of our more difficult training sessions. It was a Thursday. He was scheduled to run on the previous Tuesday, but I wasn't home. He said he ran on his own, but I'm as certain as a mother can be (shy of having video footage to back me up) that the only thing running that afternoon was his mouth as he talked on the phone with Andrew while playing video games. With that in mind, there was going to be no negotiation about Thursday's run. We were going to run and we were going to run hard. Period. I was ready to go by 5 PM. James requested we hold off until 6 PM. I reluctantly agreed, because I knew I was going to be pushing him to his limits and I wanted him going into the run with the most positive attitude possible. Best laid plans...

By 6 PM our overcast skies had progressed to a light rain. Determined to keep an optimistic mood, I said, "That's okay, buddy; rain is just all the more reason to run fast and get back to the house as soon as possible, right?" He wasn't responding to my chipper tone quite as I had hoped. He moped his way through our 1/4 mile warm-up walk and asked if we could have just an easy jog work-out. "Nope," I said, "We're going to do our best to beat your fastest finish time from last week." Beginning to get irritated with Señor Spoil-Sport, I added a little more forcefully than I intended, "Besides, I'm cold and wet and ready to just get back home as fast as possible. If we had just left at 5, like I wanted, we'd be dry and comfortable right now! Come on, buddy; let's DO this thing!" 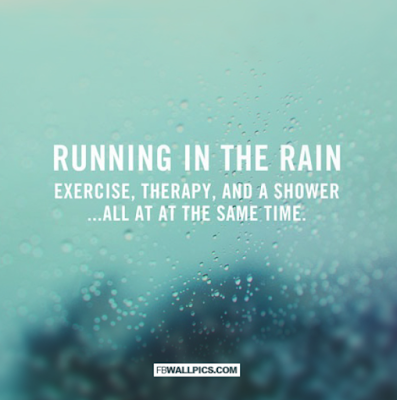 As if on cue, it began pouring as we began our run. Annnndddd...almost immediately James fell behind. I fumed my way through the first mile. I was cold, soaked, and miserable, and for what? Our training was getting us nowhere at the slow pace he was running.

I got to the half-way point and waited the minute to minute and a half it took him to catch up to me. I considered laying into him then and there, demanding he step it up. I opted to keep my mouth closed and simply start running back toward the house. By the time I got home I couldn't even see James behind me anymore, but was feeling pretty proud of my own performance. I wasn't timing it, but I'm PRETTY sure I was at an Olympic pace by the last tenth of a mile. 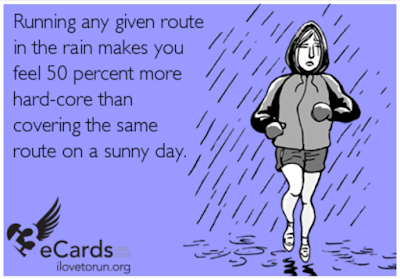 In the two to three minutes I sat at home, waiting for James to get back, I considered how I'd handle the situation. After running off some of my irritation, I no longer felt like exploding in frustration. Should I play it cool and say, "Hey, we all have off days. We'll just run again tomorrow to make up for it."? Should I launch into a lecture on commitment? On "manning up"? On performing out of respect to your coach/mentor/teacher/parent, even when you don't feel like performing for yourself?

I didn't get the chance. As he walked through the door, he said, "Wow...I learned a BIG lesson with that run today, Mom."

"Oh yeah?", I asked skeptically, "And what lesson might that be?"

"I learned that you feel really good when you push yourself and just keep going, even when you want to quit every step of the way. I wasn't feeling good - my head and stomach are bothering me - but I kept with it, and I was able to finish the run, even though I didn't think I'd be able to."

Hmmm...clever, clever boy. Beat me to the punch and spout off some inspiring story that allows no opening for lecture. Okay. I'll play along. "Well, good, buddy. Even if you didn't beat your finish time, at least you got a lesson out of the run." I figured I'd wait until the next day to drop the bomb that we'd be running again to make up for the day's poor performance.

Wellllll...the next day came...with James sporting full-on cold symptoms. It turns out, there JUST may have been some validity to his whining about not feeling well the day before. Cue the Mother's Guilt - Extended Release, Extra Strength Formula. All I could imagine was James as a young adult, explaining to his therapist how I never listened to him - that I made him run out in the rain, even when he was at death's door with The Worst Cold Of The Century.

I was offered a bit of hope on Monday that all might not be lost. On Sunday James expressed concern that he wouldn't be well enough for school, knowing that the state standardized testing was scheduled to start Monday morning.

I was relieved when he went to school the next morning with minimal whine or complaint. When he got home from school, he came through the door saying, "Hey, Mom, remember that lesson I said I learned the other day? Well, it worked again. I was still feeling really sick this morning, but I got out of bed, anyway, so I wouldn't miss the testing. It wasn't fun, but I got through it. The thing is, though, Andrew has the same cold I do...and HE stayed home. I guess he hasn't learned that sometimes you just have to do things - even when you don't feel like it."

Okay...maybe I'm not scarring my kid for life by making him run...in the rain...when he's sick.

A few shots from a charitable 5K race we ran together a few years ago...I was so proud! 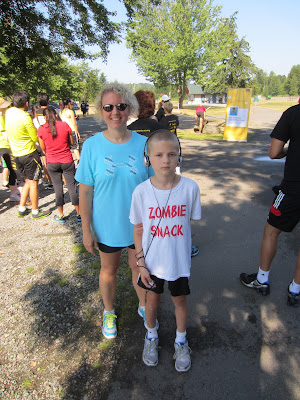 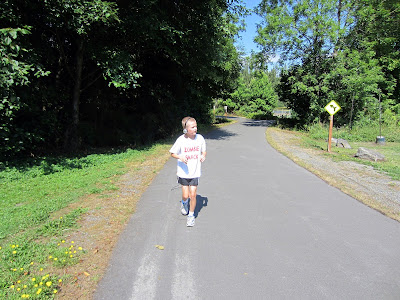 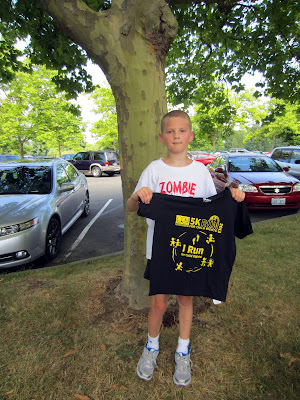 Posted by Stephanie Collins at 7:20 AM No comments: