Here's the latest example of how a poorly-worded policy can create real-life headaches and an obscene level of inequity. This letter was sent out earlier this week. I'll be sure to share any response I get.

I am writing to ask you to please look into changing a policy in the Veteran's Administration. I realize you are a very busy woman and I recognize the fact that the current climate in the senate has likely greatly increased your workload. I am hopeful, however, the language I am asking you to review/revise would be a quick and easy fix.

My daughter, Hannah, will turn 22 in a few days. She was born with a rare genetic disorder, Wolf-Hirschorn Syndrome. She is, therefore, non-verbal, non-ambulatory, incontinent, and exclusively G-tube fed. She weighs 50 pounds, has a seizure disorder, and has the cognitive ability of a 6 to 9-month-old. When she turned 18 she was quickly approved for Supplemental Security Income (SSI) and I was quickly awarded full guardianship.

A month or two after Hannah's first SSI payment, I received a letter from Social Security stating $94 would be taken both retroactively from her first checks and from forthcoming checks because of the money Hannah was getting from the Veteran's Administration.

After having a good, hearty laugh, as we pictured Hannah having a secret life in the military and earning veteran status, I called the local Social Security office to alert them to their [obvious] mistake. 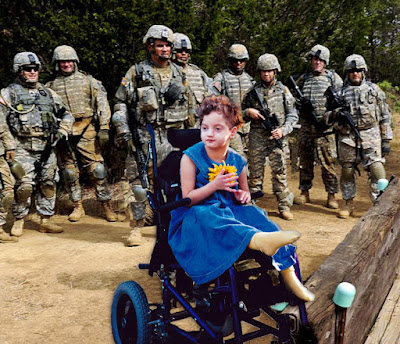 They said, "Hmmm...prove to us she's not getting money from the VA."

I called the VA and suffered through a conversation with a gentleman who clearly didn't want to speak to me (a lowly civilian). He did eventually agree, however, to send me a letter stating that Hannah does not receive any funds from the VA. 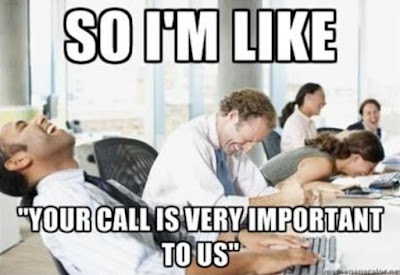 I sent that letter on to Social Security, and they paid back, retroactively, what they had taken out of Hannah's SSI checks. But the next month I received another letter telling me $94 would be deducted from Hannah's checks due to what she was getting from the VA.

About every two months I would have to call Social Security, referring them to the letter from the VA that was in Hannah's file. But after a year they said, "Hmmm...this letter is a year old. She could have potentially become a veteran within the past year and started getting money from them. You'll have to prove to us [again] that Hannah is getting no money from the VA."

Another borderline hostile conversation with another gentleman at the VA later, I had another letter of proof. I was sure - this time around - to provide my ex-husband's Social Security number. He's Hannah's biological father, he is a veteran, and he was my number one suspect for what I was convinced was some sort of fraud. Another two years of hassles with Social Security told me that the fraud was never investigated. 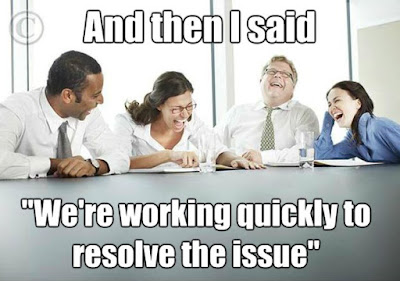 Last month I made my annual call to the VA for a letter of proof. A woman answered the phone...and listened to me. What she told me, though, had my chin hitting the floor. She said that a veteran with a "helpless child" (apparently that's a technical term in the military) gets an extra monthly stipend (my guess is that it's in the amount of $94), and that the stipend continues for as long as the helpless child is alive.

I said, "But he lives 3000 miles away in New Hampshire. He has never had custody of Hannah. He hasn't even laid eyes on her since she was four months old! He paid child support until she was 18, but it was $155/month [total] for both Hannah and her sister. I can't imagine that included $94 from the VA. Now that Hannah is an adult, I'm her legal guardian and she has absolutely zero ties to him. How is it that he gets money in her name?"

So...my ex gets an extra $94/month for being little more than a sperm donor more than 20 years ago, and I get a monthly headache with Social Security as a bonus to the responsibility of being a full-time caregiver for the rest of Hannah's life or mine - whichever ends first.

Life isn't fair. That is a lesson I've learned very well over the years. That being said, this policy feels like the government kicking me when I'm down. I ask that language be added to the rules about this "extra stipend for helpless children" that would require the funds to actually go to the helpless child in question. Either that or the stipend should be discontinued altogether, since the needs of "helpless children" are already covered by SSI and Medicaid.

Thank you so much for your time and consideration. Take care and continue fighting the good fight for us in "the other Washington"!