The end of the school year is here. We have successfully survived yet another grade. 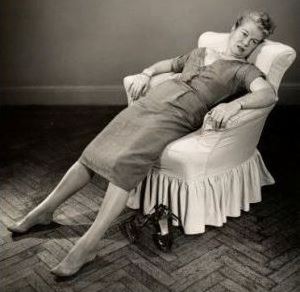 There were intense highs and lows this year. Maddie earned honor roll report cards...the first I have ever experienced from the standpoint of a parent. I was surprised how much it affected me. When you have special needs kids you try to convince yourself that all kids shine in their own ways, that academics don't always adequately portray an accurate accounting of ability, that the kids' grades don't necessarily measure your level of parenting proficiency. Over the years I've religiously repeated all of those politically correct phrases of encouragement and enlightenment that special needs parents are supposed to remember [and believe].

Regardless, I've still come to associate those little 1/2-sized, mustard-yellow envelopes that come home with the kids every few months with feelings of failure. ...But when it registered last fall that - for the first time - I was actually seeing a beautiful row of  A's and B's...I was overcome with delight! Elation! Vindication! I had dreamed of having honor roll kids from the time I first discovered I was soon to become a parent (that was a full quarter century ago, by the way), and I was finally living the dream. "See?," the report card seemed to whisper in my ear, "You're not so bad a parent! You have successfully prepared a child for academic achievement!" The high lasted for weeks, and just when doubt nearly had me convinced it was just a fluke - just a outlying report card anomaly - I was lifted, yet again, with another honor roll report card. Joy! Bliss! Euphoria! I unabashedly basked in the glow of it's glory. 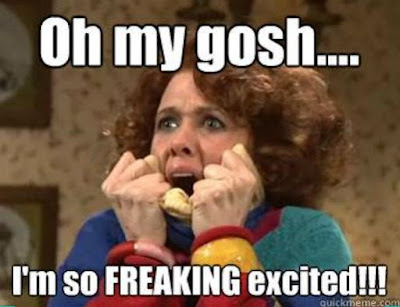 As I mentioned in the "Homework,Insanity & Revenge ~ Oh My!" post, James struggled this year. While his grades have never been great, and nothing school-related has ever come easily for him, he has never failed a class for the year...until this year. Eighth Grade Science was a train wreck for him from day one. I scrambled throughout the 2nd and 3rd quarters, trying to help him bring that "F" back up, but it was obvious by his 3rd report card that he was doomed to fail.

I ended up accepting that defeat with relative ease. It wasn't one of those classes that was "mandatory" to pass for the year (like history was this year). I was assured by the teachers that it didn't necessarily represent the beginning of the end of his scholastic career. Obviously it won't do him any favors for future science classes, but maybe with new teachers and new material he'll find inspiration in high school where he found none this year. We had lost the battle, but we could still win the war. 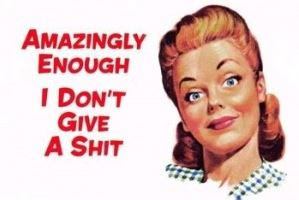 What ended up crushing my parental soul was - in the big scheme of things - relatively insignificant. Once I put the science loss behind me, I threw my energies into ensuring a strong finish in his history and math classes. He had big end-of-the-year projects due in both, and I wanted him to feel a great sense of success so he could enter high school with confidence. I grabbed my cheerleading pom poms and coach's whistle, took a deep breath and got to work. Last week we were in the homestretch and I was feeling pretty good about our progress. He had just gotten a B+ on his history project and later he gave me the following note:

Unfortunately, it ended up being a rather hollow victory. The B+ he got on the project wasn't quite enough to bring up the "F" he had in history for the final grading period. He passed for the year, but he didn't have the strong finish we had set out for.

We had one hope left - math. I had been pushing him to keep up with his math project at a nice, steady pace so he'd be sure to have it turned in on time. That was a challenge; his end-of-the-year fatigue was a formidable foe. We trudged on, though; we persevered. The day before it was due, we actually high-five'ed when everything was done - both the "fun" portion - the map - and the "work" portion - the packet. Never had "complete" felt so phenomenal. I indulged in a sweet daydream of the "C" James currently had in math transforming to a "B". All he had to do was turn it all in the next day. That's allllllll he had to do. Just Turn. It. In. 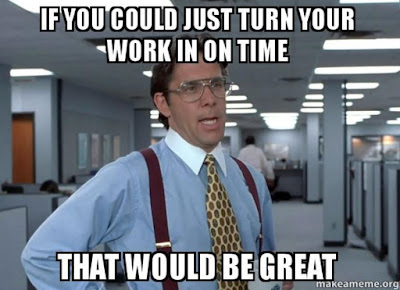 Murphy's Law of Parenting #8462 ~ Don't celebrate scholastic success until the grade has been logged in the grade book.

I got a panicked call the next morning. "Mom, I left my map at home! Would you please bring it to school? I think it's in the folder with the picture of the pug. It should be on the kitchen table." I was at the doctor's office with his sister, but I assured him I could get home and get it to him in time. I got home to find the pug folder...with nothing but blank paper in it. No map. I called the school and told him to retrace his steps, to pull his backpack apart, go through his locker with a fine-toothed comb...to call out the hounds! We needed to find that map so he could turn it in!

A few hours later I nervously chewed my fingernails as I paced in front of the living room window, anxiously awaiting his return home and word on the location of the map. Finally I caught sight of him...feet shuffling slowly up the driveway, head bowed, shoulders drooped. I had my answer. And I. Was. Devastated.

I was again surprised by just how much an academic success or failure for one of my kids affected me. It physically hurt. I was overwhelmed with an utter sense of helplessness. I mean...he had DONE the work! He had DONE it! He just...tripped at the finish line. 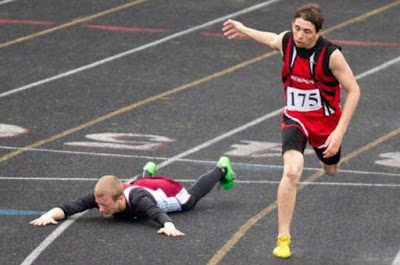 With tears threatening to leak from my eyes, I quickly left the house. I thought a brisk walk might help to calm my nerves and put things into perspective. I think at some point my Fit Bit stopped counting steps and just said, "Hey...wanna talk about it? It can't be all that bad."

And the Fit Bit was right. It wasn't like James had lost the entire assignment; he at least had something to show for the work he had put into it. Just the fact that he did the work means he very well may have learned something. It wasn't much to allay my frustration and disappointment, but the sun continued to shine, we continued to breathe - it wasn't the end of the world.

Of course, later I learned that - to add insult to injury - James told his teacher, "I'm looking for the map. If I can't find it by the end of class I'll turn the packet in tomorrow." That made the entire project late, on top of being incomplete, so he failed the project. The "C" he had for the class - that I had been so anxious to see change - dropped down to a "D".

You win some, you learn some. My goal had been to help James gain a sense of success that would carry him through the summer and boost his confidence for high school. That didn't end up happening, but as a consolation prize we got valuable lessons about the importance of organization and critical decision making skills. Now I will do my best to shake it all off and allow summer to rejuvenate me...so I'll be ready to jump back into the trenches in September. Hugs and high-fives to all you other parents who survived yet another grade this year, too. 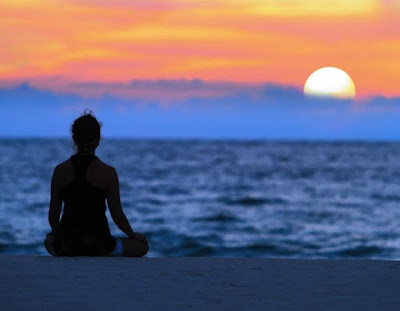 Posted by Stephanie Collins at 2:56 AM 8 comments: