Maddie attended the Trampoline and Tumbling Regional Championships over Mother's Day weekend. It's as if the Gymnastics Association Powers That Be decided to have a little "fun" with parents. Hmmm...where can we hold a western regional event that will make parents work their hardest and put them on the spot more often than anywhere else...? 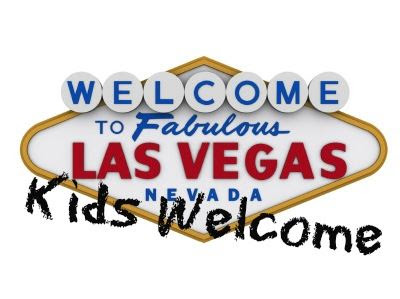 Here's a conversation that took place just before we boarded the plane headed for Vegas. The kids were playing 20 questions.

James: Does the second letter start with an "I"?

James: What? What's so funny?

My silent reflection: Ahhh...this is going to be fun little family get-away; I'm so glad we have the opportunity to do this!

Here's a conversation that took place moments after we got off the plane:

Maddie: [looking at a larger-than-life, live action screen display] Why is that lady twerking that guitar? 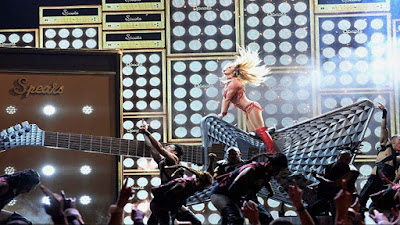 My silent reflection: Oh yeah...this is VEGAS. Well...I'm sure our hotel will be a little more "family friendly", since they booked the meet to take place right there at our resort.

The moment we walked into our hotel:

Maddie: Mommy, why is "sexy" spelled with TWO x's in all of these signs? 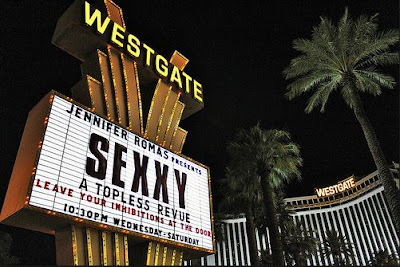 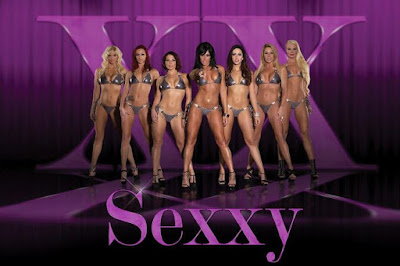 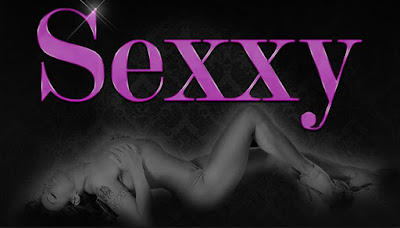 Me: Ah...it would appear gymnastics isn't the only entertainment here this weekend. Of course.

Me: I guess the extra "x" means it's extra sexy.

James: Mom, I'll try to distract Maddie. Just hurry up and get the key so we can get her to the room.

Me: Huh...who would have guessed James would jump right into the role of Protective Big Brother?

Two hours later, when Daniel and James returned to the room after taking a walk around the resort so Maddie could get right to sleep:

Daniel: So we looked around for the convention center, like you asked, so we'll know where to take Maddie in the morning. We found it, but we also found ourselves in a hallway where a bunch of girls were gathered, apparently waiting to go on stage for the show. Suddenly we were surrounded by a sea of tassels, pasties, and g-strings. James will dream well tonight!

The next day we had to walk through a casino in order to get to the gymnastics meet from our room. About the 8th time we walked through:

Maddie: [sounding disgusted] Why do so many people smoke here? And gamble? I don't even understand gambling. Why would you want to just waste all your money?!

Me: I don't know, kiddo. Smoking, drinking, and gambling are all things you have to be at least 21-years-old to do. I think they made that rule because if you're that old and you STILL want to do those things, then go for it...but they're stupid things to do, and we don't want our kids doing stupid stuff.

After Maddie was done competing (she did GREAT; so proud!!!), we had tickets for the Cirque Du Soleil show, Mystére, but we stopped off at Señior Frog's for dinner, while we waited for the show to begin. It was a fun meal that included watching an entire wedding party pass our table (prompting a conversation about the prevalence of Vegas weddings and how they often "differ" from traditional weddings) and a guy getting alcohol poured down his gullet to the music of an ear-splitting whistle and the ruckus cheers of all of his buddies, in apparent celebration of his birthday (prompting the question from Maddie, of course, "Why are they doing that to that guy?!"). 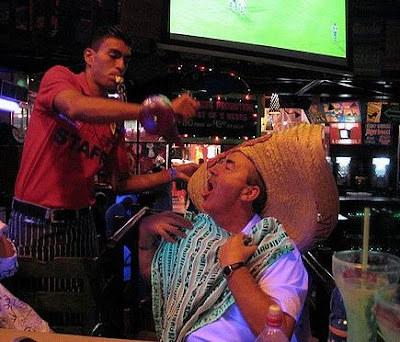 The festive meal also included elaborate balloon animal hats. I passed on getting a hat for myself (prompting the question from James, "Mom, why aren't you any fun?"). 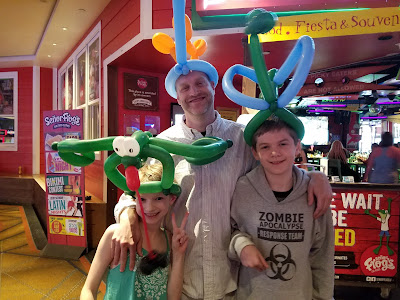 After the meal, James and I waited outside the restaurant while Daniel took Maddie back in to retrieve something she forgot. James noticed an advertisement sign.

James: Ugh...look at this, Mom. 'Ladies Night every Wednesday' and 'Bikini Contest every Thursday'. I mean...can you believe it?

I was skeptical about his disgusted tone.

Me: What...you wouldn't want to go to the bikini contest?

Minutes later we found our seats for the show. I took a deep breath, looking forward to at least an hour or two of entertainment that would be blissfully free of awkward questions. 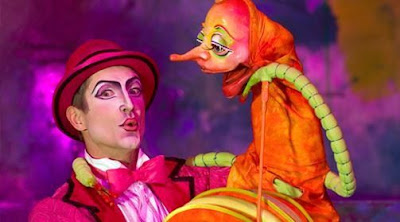 First character on the stage: You will see smoke on the stage. That's okay - for US, here on the stage - not for YOU! For you, there is no smoking...no texting...NO SEXTING! Now, enjoy the show!!!

The next day [Mother's Day] we took a bus tour to the western rim of the Grand Canyon, with a stop at the Hoover Dam. 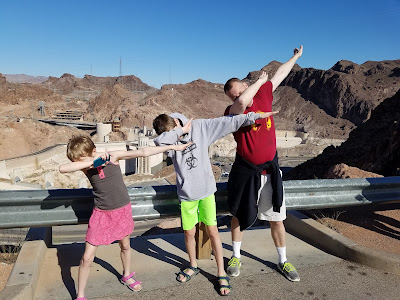 On the bus, on the way to the Grand Canyon:

Maddie: Yeah, the best mom, EVER!

Me: I don't know, guys. Just last night we established that I'm no fun.

Daniel: [laughing] Did you hurt yourself there, buddy, trying to choke that out?

The Grand Canyon was amazing. The skywalk was breathtaking. Learning about the Hualapai Tribe was fascinating. We had a wonderful time. It was an even more educational trip than I anticipated, too.

Me: Well, guys, is the Grand Canyon like you imagined it would be?

James: Pretty much, but it's still cool.

Maddie: No. It's COMPLETELY different. But, yeah; it's really cool.

Me: What did you think it would be like?

Maddie: Oh, I thought it was a water park. 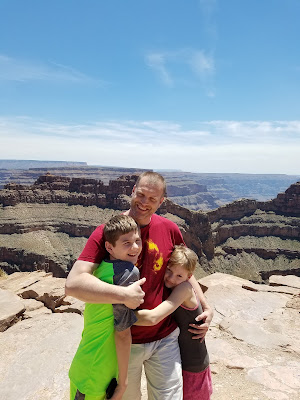 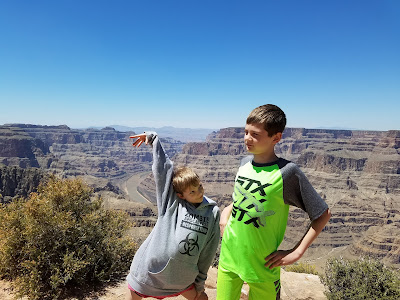 The next morning we were in a cab on our way back to the airport. It was 5:30 AM.

Me: [to the driver] So is this the beginning of your shift or the end?

Driver: The beginning; I just started my day.


Maddie: [yelling from the back seat, with a standard-issue, complimentary entertainment brochure in her hand] So...what's so special about an ASIAN massage? I don't get it. What makes an ASIAN massage any better than a REGULAR massage? This one says, "...girls taking care of all your needs..." here it says, "happy experience, throughout"... 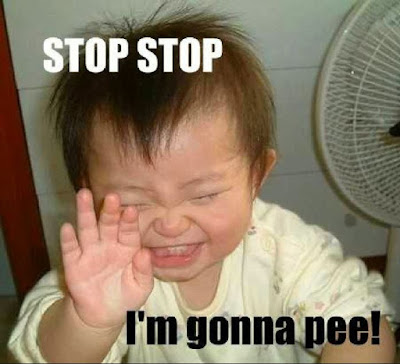 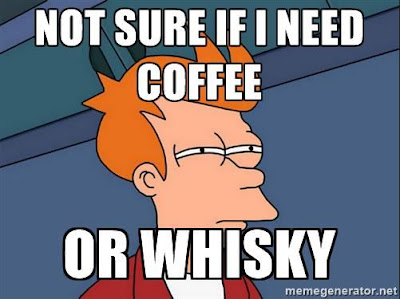 James: [grabbing a brochure for himself] 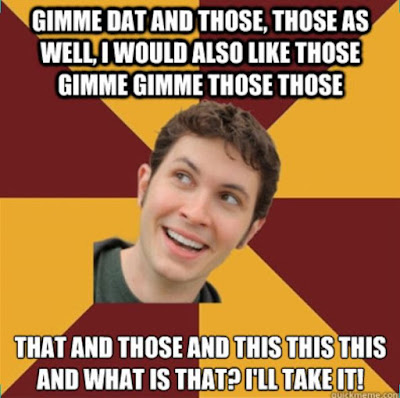 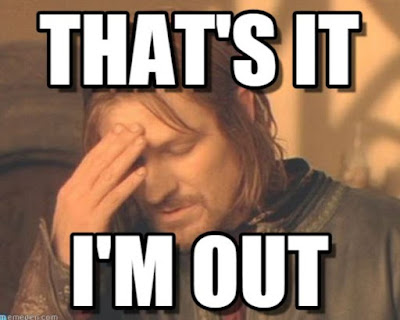 Posted by Stephanie Collins at 4:48 AM 12 comments: