Hannah had a doctor's appointment the other day. It was just an annual check-up; nothing special. About the only thing of note is that it was three or four years overdue. I think there's a maximum number of medical appointments a body can handle. After years of daily doctor, specialist, hospital, therapist and agency appointments (not to mention my years working in the hospital), I hit my limit more than a decade ago. Therefore, short of my kids missing a limb, I avoid making appointments like the plague. 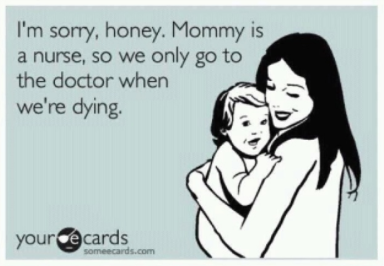 I got a call from the doctor's office about a month ago. They were apologetic, but they said they had to see Hannah because they've been writing prescriptions for her monthly medical supplies, and technically (or by law, or whatever) they're supposed to see her once per year in order to do that...not every five years. "FINE," I sighed, "I'll bring her in."

I like the doctor well enough. It's just the hassle of hefting both Hannah and her wheelchair into the car...and hefting them back out again, then back in again, then back out again - that encourages me to look for excuses to delay making appointments. There's also dealing with her self-abusive behaviors while we wait for the good doctor (and there's always a wait), because she's uncomfortable (or stressed or bored or irritated or overwhelmed - who knows; probably all of the above). That gets old fast. As do the strange looks we get when she's doing it.

There's also a rather irrational irritation that gets me every time. I totally understand the push to treat people with disabilities with dignity and respect. That's a no-brainer. It's how dignity and respect are interpreted that get to me. And I recognize I'm the one being unreasonable here, so I certainly don't call people out or show my irritation, but I can't seem to help it. Here's the thing. Hannah is 22. She's the size of an seven or eight-year-old. Her hands and feet are tiny; she wears an infant size 8 shoe. She clearly doesn't look 22. She certainly doesn't act it, either. While I don't think there's any way to estimate her cognitive age with 100% accuracy, after a lifetime of observation, I estimate it to be at the level of a six to nine-month-old.

I realize, of course, that people passing her in the hallway of a doctor's office, lab techs and random nurses assigned to gathering her vital signs are not going to know this. It's safer to assume she understands small talk and social niceties and that she would appreciate being talked to like you would talk to a 22-year-old (or even a 7 or 8-year-old) than to guess that all of that is beyond her capability. I suppose asking first how much she can understand before interacting with her would be looked at like asking a woman if she's pregnant. You just don't do it.

I don't know why, but for some reason, this grates on me. Maybe it's the reminder of just how delayed (or nearly non-existent) her development is. I think, though, it's the socially awkward feeling I'm left with, thinking the whole time someone is talking to her, "You realize she can't answer you, right? You know she won't do do what you've just requested, right? You know she can't understand your warning that you're going to lift her shirt and listen to her heart and lungs, don't you? You get that if she's going to be startled, embarrassed or made otherwise uncomfortable by her shirt being lifted (which she won't) that saying those words means nothing to her, right?" I never say any of this out loud, of course. I just smile uncomfortably and "answer for her" when Hannah's lack of responses just gets too awkward.

I thought a lot about this subject when the state was trying to get Hannah a job. Don't even get me started on that ridiculousness; if you're up for a good laugh, you can read a bit about it in my post, Your Daughter Should Be A Marijuana Farmer. The thing is, if you want to treat a person with cognitive delay with respect, is it really respectful to treat him/her according to his/her chronological age? I don't think so. If an adult is mentally an infant, I think it's more respectful to treat him/her as an infant. To treat him/her as an adult is essentially saying, "I'm going to interact with you in a way that would be appropriate for the age you should be acting." 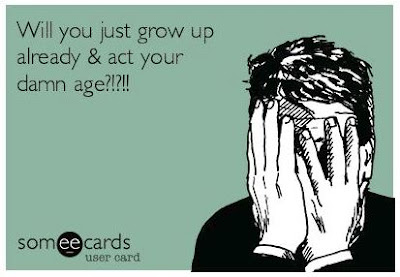 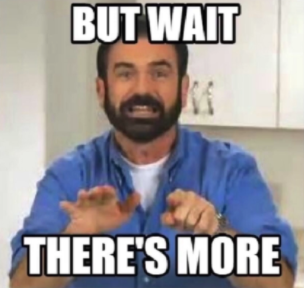 The persistent push to treat someone always by their chronological age isn't just limited to cognitive ability. During yesterday's appointment the doctor looked over the information on his computer screen and said, "Soooo...[sigh]...Hannah is due for a pap smear..." 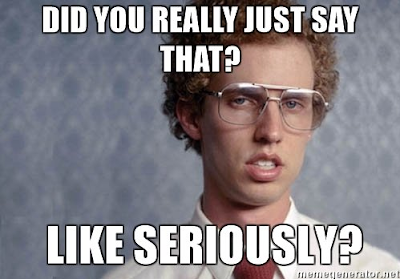 I looked over at Hannah...sitting on the floor...in her diapers...playing with her rattle. You're kidding me, right? "Uh-huh..."

"As you know," he explained further, "the pap tests for cervical cancer, which is actually sexually transmitted."

"Actually, I see here she got the immunization, too, which further reduces her chances..."

To LESS than zero; we're dealing in the NEGATIVE numbers now. "Right."

Oh. My. God. This is ridiculous. He's actually considering this lunacy! "Look, quite frankly, the only way Hannah is going to get cervical cancer is if she's raped, and if that's the case, concern over her dying from cervical cancer is going to be really, REALLY low on my list of things to worry about. Okay? We're not going to do a pap test."

I don't think I've ever seen a doctor shudder and pale before. I nearly got whiplash watching him spin uncomfortably back to his computer screen, presumably to type in a decisive "No" on the line that said "pap smear".

Do I HAVE to do this again next year? Maybe if I start thinking now I can come up with a good excuse to miss another appointment... 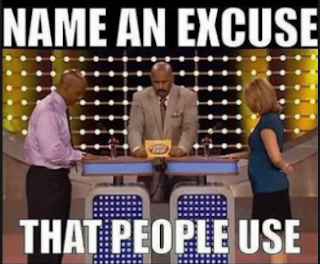 Posted by Stephanie Collins at 4:48 AM 6 comments: