Seeing Is Believing...And Not Judging

"You're so lucky your daughter's in a wheelchair!"

That was said to me by a fellow mom at a parent support group meeting I attended when Emily and Hannah were young.

"My daughter is autistic," she explained, "which is quite debilitating for her. But she looks normal, so people judge her...and me. They have no understanding of or patience for her disability because they can't SEE it. Your daughter is in a wheelchair. People know right away not to expect normalcy from her, so they're more likely to accept her for who she is. I'm jealous!" 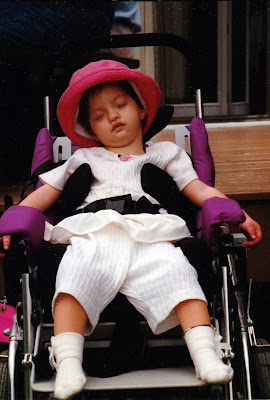 Fast forward about 20 years. I now have a 21-year-old daughter who is still wheelchair-bound and a 24-year old (fully mobile) daughter with high functioning autism and mild to moderate cognitive delay (translating to social, developmental, and emotional abilities of about a 12 to 14-year-old. It was diagnosed a year or two after that particular parent support group meeting). There have been many times over the years when the words of that conversation have rung true - but probably none so blatant as a recent flying situation we found ourselves in.

Emily has flown to New Hampshire alone a few times to visit her best friend, Stacy (who happens to also be her ex-stepmother, a.k.a. my ex-husband's second ex-wife...but that's a story for another time). In the past we've always gotten her onto a direct flight from Seattle to Boston, knowing she would struggle with the challenge of changing planes in a layover.

Emily wanted to spend Christmas with Stacy this year, but for some reason the direct flights were much more expensive than usual. I did find, however, that a few airlines have programs for adults needing assistance with plane changes, much like the program most airlines have for unaccompanied minors. Delta is one of those airlines. When setting up Emily's travel plans I was told,

"All she'll have to do is walk into the airport, approach anyone at the Delta counter, and discretely say the words "Greet and Assist". Our agents will walk her through security and accompany her to her gate. At the second airport someone will meet her as she exits the aircraft and help her to her next gate." 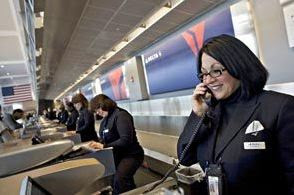 Perfect. On the day of travel I printed out Emily's boarding passes and, indeed, found the words "Assistance Required" printed right there in black and white. Excellent. To make absolutely sure there would be no confusion, though, I also gave her an index card to carry, which read, "I'm in the Greet and Assist program and I need help, please." I told her if she had any trouble, to hand that to any Delta employee and they'd know what to do. Feeling nervous but reasonably confident, I dropped her off at Sea-Tac. She kept in contact with me by phone and text. Everything went swimmingly. The Delta agents were all helpful and respectful. She felt very much at ease and was pleasantly surprised when they informed her that her status allowed her to board the plane first. She wouldn't even have the stress and anxiety of bumping her way through a crowded plane as she nervously looked for her seat number. Fantastic!

A few hours later I got a call from Emily from Minneapolis, where she was switching planes. "Mommy! There's nobody here!" she yelled, in a panic.

Trying to keep my voice calm and even (despite the fact that I was more than a little nervous because I didn't know how long her layover was) I said, "It's okay, sweetie. Just take a breath, go up to the desk, and ask the person there for help, just like we talked about."

"They can't help me; they're too busy helping people onto the plane I just got off of," she said in near tears.

Obviously they wouldn't be boarding that plane so soon after she walked off; her response just demonstrated her level of distress.

"Breathe, Emily, it's going to be okay. Here's what we're going to do. You're going to go to the closest person in a Delta jacket. I don't care if that person is talking to someone, on the computer, or whatever - you will interrupt them and say, "Excuse me; I need help right now." Keep me on the phone so I can be with you until they've helped you."

She approached someone and said, "Excuse me. My name is Emily and I'm in the Greet and Assist program, and I need help getting to my next gate." 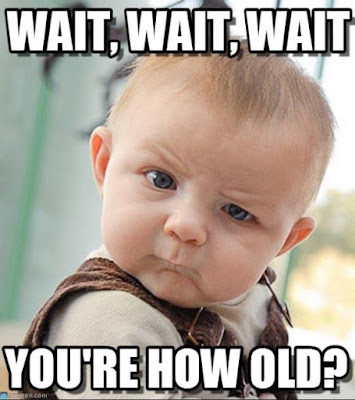 I hung up the phone after Emily reported she was on a golf cart, headed for her next gate. I told her to text when she got there.

I got a call a few minutes later. Emily was, again, desperately trying to hold back tears. "Mommy, I'm in the area where my gate is, but I still don't know which is the right one."

"Didn't the man take you to your gate?"

"When he dropped me off he said, "Your gate is around the corner to the left," but there are a lot of gates here and I don't know which one is mine!"

"Okay. Can you see one of the screens with the flights listed?"

From there we determined which gate she was supposed to be at and that she had about 45 minutes until she needed to board. I suggested she get a snack, and when someone got to the desk, to ask if she would be able to board first again, since that had been so helpful in Seattle.

She later called me from the plane, reporting that she had been one of the first people to board, but not until after she had nearly the same conversation she had had when she got off the previous plane.

"Hi. My name is Emily and I'm in the Greet and Assist program. On my last flight they let me get on the plane first. Will it be okay for me to do that again?" 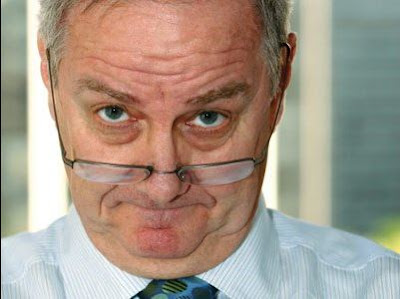 A few days before her return trip home, I called Delta and explained the "Tale of Two Cities", where their Seattle employees were the perfect picture of respectful assistance, and their Minneapolis employees...might benefit from a review of Delta's program, since none of them appeared to have heard of it. Not only had Emily told them the name of the program, but "Needs Assistance" was written right on her boarding pass! Attempting to bring the point home that getting help should not be so difficult under those circumstances, I said, "I mean, multiple people have told us we should just put her in a wheelchair when she gets to Logan airport, so maybe someone will ACTUALLY help her!"

The customer service representative shocked me with his response.

[slight pause] "Yes...yes. That's a good idea. Put her in a wheelchair as soon as she gets to the airport. She'll get help, then. And I apologize for her stressful experience on her last flight. I'm upgrading her to our Comfort Plus seating for both flights on the way back to Seattle, so she'll not only be the first on the plane, but she'll be first to get off the plane, too."

I called Emily and explained the plan. She didn't understand. It broke my heart as I tried to explain it in a way that wouldn't insult her or make her feel self-conscious. She said, "But if I'm in a wheelchair, won't the other passengers wonder why I'm not walking? Won't they think I'm just being lazy or something?"

"No, sweetie," I said, "Nobody will say anything to you. And if they do, you can say you just had surgery and your doctor doesn't want you walking more than a few steps. BUT...we are NOT pretending that you can't walk at all. When you're on the plane, if you have to use the restroom, you GET UP and walk to the restroom. Nobody will think anything of it."

The entire trip back home went as smooth as silk. Everyone happily helped her along every "step" of the way. I'm relieved that it was a much less stressful experience for her, but it's sad and frustrating that people need the "visual aid" to accept that someone needs assistance. Sad and frustrating...but oh, so true. 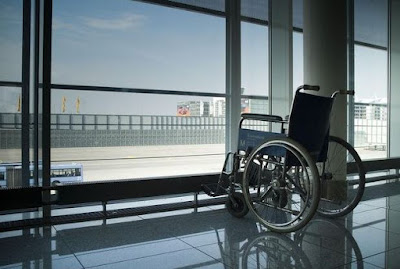 Posted by Stephanie Collins at 4:57 AM 29 comments: