I LOVE Gymnastics, but...

I don't know if I should classify this as a question thrown out to the world to answer, a rant, or a call to action. I am generally not the type of person to speak out. Sure, I share my experiences, I try to advocate for others when I can, but I'm not one to get up on a soap box or hit the streets with signs and chants to demand change.

I've become more confused and irritated by something lately, though, and it A) boggles my mind that more people aren't concerned about it B) makes me wonder if I'm just missing something that everyone else understands and C) has gotten to the point where I am compelled to speak out.

My issue? Gymnastics dress code. I have been sitting, for hours at a time, through nearly a decade of gymnastics practices [so far]. Something that has remained consistent over all those years is that when the girls (of all ages) practice, they - almost without exception - all wear shorts over their leotards. There isn't much to the shorts; they barely reach the classification of "Daisy Dukes". Still...the girls just feel more comfortable with them on. It makes sense. Who wants to be doing splits in a glorified bathing suit, especially once you hit an age when you start seeing some changes in your body that you're not quite used to or comfortable with yet? 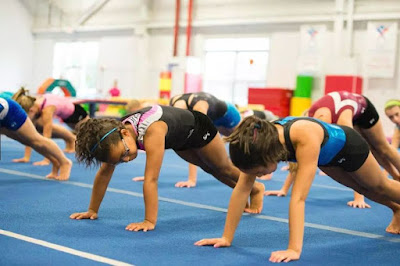 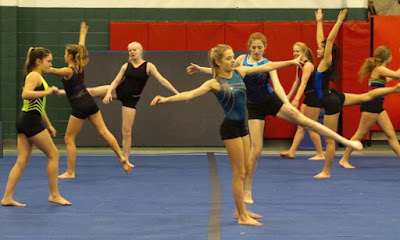 When you compete in meets, though, the shorts aren't allowed. They don't care if, say, you've just started your period and you don't feel comfortable using a tampon. You're left with the choice of either using a pad and hoping nothing shows [which would be beyond mortifying, of course] or just calling in sick for the meet. I'd call in sick every time, personally. 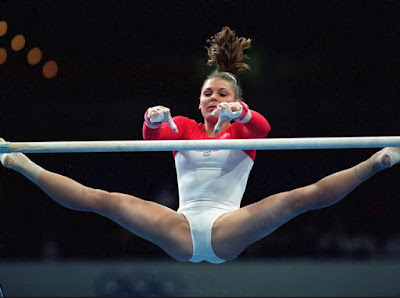 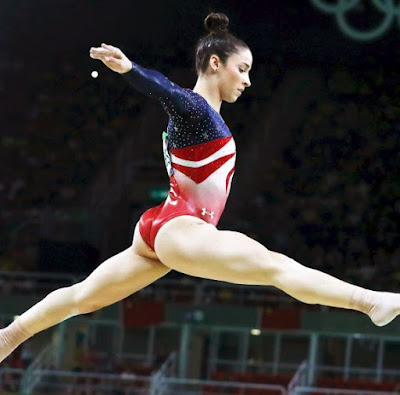 Men's and women's gymnastics are really two very different sports (there are 4 events for women, 6 for men, and only two of the 4 women's events are common between the genders). That being said, men and women gymnasts, alike, are generally judged on the same (or very similar) attributes - athleticism and form. So...if judges can watch a man do a floor exercise in shorts and determine how straight his legs are, his body alignment, etc. with no issues, why can't a woman wear shorts, too? Clearly it's not an issue of the shorts hiding some critical aspect of form when the woman performs a skill. If that were the case, coaches wouldn't allow shorts during practice, as they would hinder their ability to properly coach. 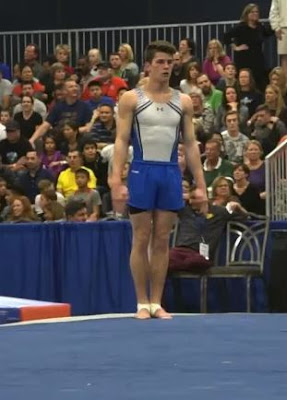 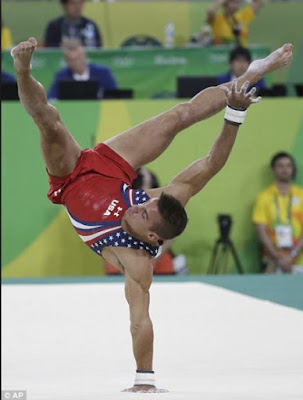 After all the press gymnastics got recently about sexual abuse, I thought maybe...just maybe a silver lining would be that the general "sexualization" of the sport (not necessarily intended these days, but left over from years of tradition) would be scrutinized. I listened carefully to the news reports and read through the articles with a hopeful eye. Nope...nothing. No mention of dress code. No question as to why the female athletes must wear less than the male athletes. 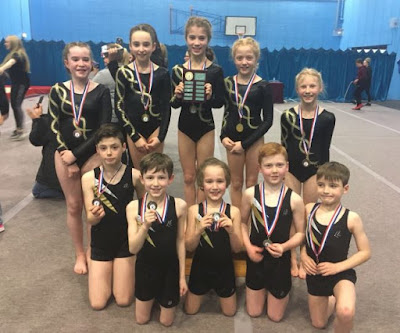 My hopes soared when she responded, "They're actually working on adjusting the dress code right now."

"Really?!" I asked, lighting up with a gasp of excited near-disbelief and wide, hopeful eyes. Could my silver lining theory have possibly been right?! 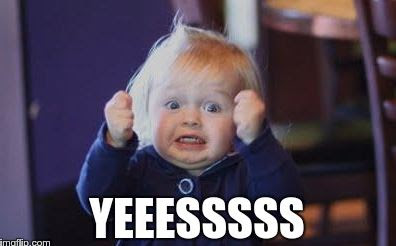 "Yeah," she said, "They're trying to come up with a full-body suit option with a head covering that would allow for religious inclusion."

My shoulders slumped. My gasp turned into a frustrated sigh. Great. Apparently girls are allowed to compete with their entire bodies covered if their religion demands it. Slightly more modest attire for the comfort level of the gymnast? No. Not important enough to change the decades-old dress code. It's bathing suit or full body suit - nothing in-between. ...Regardless of what their male gymnast counterparts are allowed to wear. 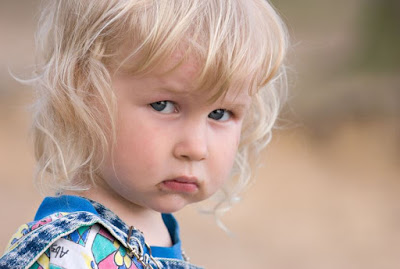 Posted by Stephanie Collins at 4:10 AM